I was beyond excited when Berkeley contacted me over a year ago asking if I would photograph her wedding. I knew right away this was going to be a special day. Her and Colton decided to get married at Berry College. Berkeley recently graduated from Berry which was also her mom and dad’s alma mater.

The day was supposed to be a wet one. The forecast was saying 100% all day. We came prepared for the worse but prayed for the best. I woke up bight and early to a downpour but by the time breakfast was over the rain was gone. I walked from our hotel to the hair salon to meet the girls for some pre wedding photos- still no rain. We decided to head to the chapel early in hopes to get some outside photos. Berkeley asked me to set up a first look for her bridesmaids. I’m used to photographing a bride and groom’s first look so this was a first for me. It was such a special moment for Berkeley and her friends. AND still no rain!! Oh- you’ll see in the photos but Berry College is breathtaking. I cried when we first drove up to the chapel. I felt like we were in Italy for the weekend.

Colton really wanted to see Berkeley for the first time at the alter but they still wanted to have a special moment before the ceremony. While holding hands with a door in-between them, they prayed together and exchanged gifts. I think they’d agree this moment helped calm them both down!

All the guest took their seats and the violinist began to play. The ceremony was short but packed with so many meaningful moments. The pastor read scripture from Berkeley’s mom’s bible. They both exchanged personal vows they wrote for each other. That first kiss was one to remember! AND still no rain!!

It did finally decide to sprinkle for a few minutes right when we were ready for bridal party photos so we decided to take those during the reception. Thankfully it was a quick shower just to cool things off. We quickly drove to the tree arch and then headed to the reception. The bridal party ate quickly and we headed out for a few additional photos since it had stopped raining. They had to set a time limit for me! I could have kept them away from the party all night taking photos. Have I mentioned how much I loved Berry College? So many close friends drove up to share this special evening with them.

Thank you both for allowing me to photograph your wedding. It is one I will never forget! 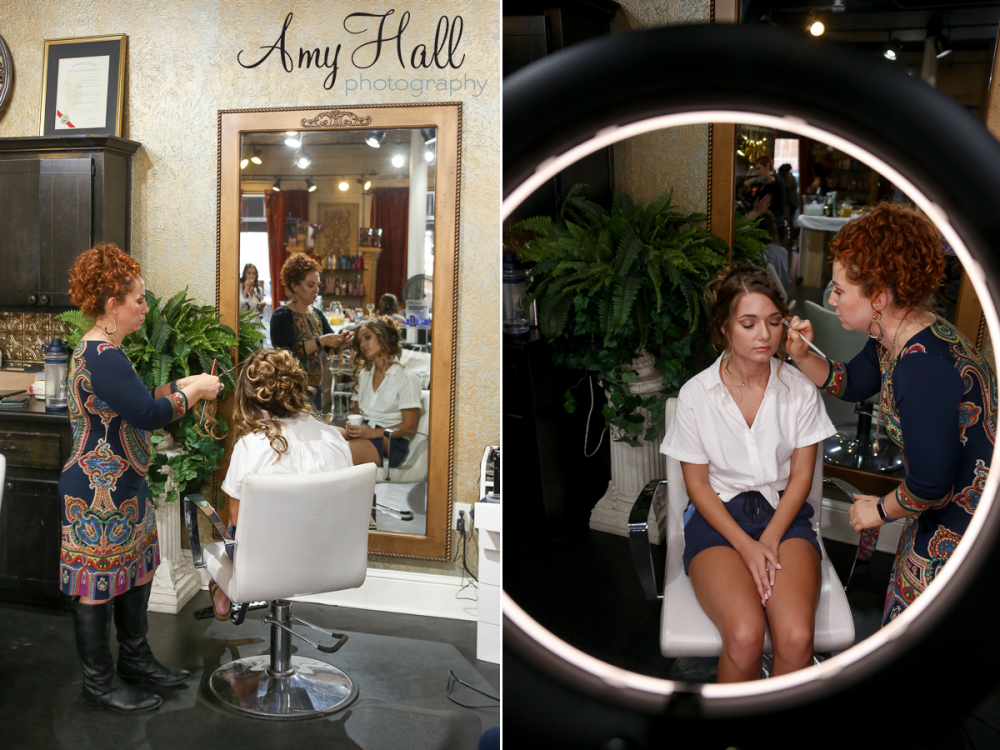 Here are a few screen shots of the radar the morning of the wedding!